For how long can we preserve Citizen Kane?

By Neil Dodgson
In Uncategorized
With 0 Comments 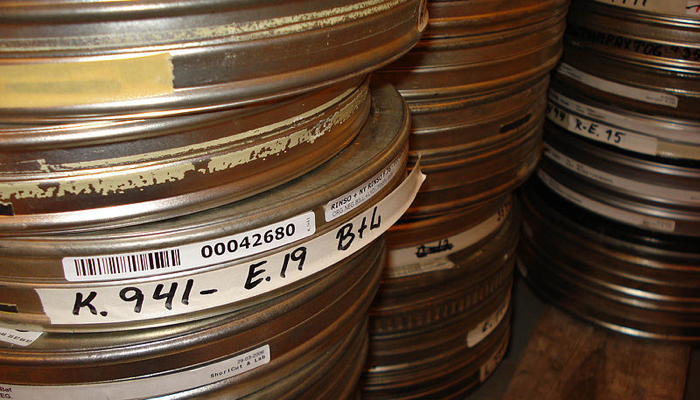 Next week I am speaking about movies at EuroMed, the Euro-Mediterranean conference on cultural heritage. Most of the talk will concern the ways in which modern movie production techniques could be used to aid cultural heritage applications. However, the first part of my talk considers movies as cultural heritage in their own right. How do we preserve movies for posterity?

When I visited CineSite in London a few years ago, concern was expressed about the sheer number of movies in the British Film Institute’s archive that had yet to be digitised. I got the impression that time was pressing and that we risk losing precious footage to the inevitable deterioration of physical media.

Physical film has interesting properties. It has layers of different materials on a robust flexible substrate. One of the failure modes is that the different layers detach from one another. Much more dramatic is the failure of the flexible substrate itself. The earliest films used nitrocellulose. It has the required flexibility but is also highly flammable. This nitrate film has a tendency to burst into flame spontaneously. Nevertheless, it was used widely in the early decades of movie production as there was nothing else with the required properties. It was replaced, eventually, by acetate film, which is much safer. Unfortunately, it was only after many years of use that it was found that, stored in poor conditions, the film slowly releases acetic acid (the acid in vinegar), which causes the film base to become brittle and shrink.

To make matters worse for archivists, deterioration of one reel of film will affect reels nearby. The acid released from one decaying reel of acetate film will accelerate decay in its neighbours. And, of course, if one reel of nitrate film goes up in flames, you lose everything that is stored in the same room.

To a novice, I thought this boded ill for the future preservation of movies: there is a lot of archive material that is preserved only on film and film deteriorates. Further investigation revealed that the situation is not anywhere near as bad as it seemed. Organisations like the British Film Institute put a lot of effort into preserving their films.  Some film has already survived reasonably intact over 70 years, and our understanding of ideal storage conditions has improved dramatically.  We now expect that acetate and nitrate film can be preserved for centuries if kept cold and dry: below 10°C and below 40% relative humidity.  Which means that those physical films will last longer than I will.

How does this compare to storing them on digital media? As an example, LTO Ultrium (½” digital archive tape) has a predicted life of 15–30 years, albeit guaranteed by the manufacturers for only 7 years. That does not sound as good as what we can achieve with physical film. Even if we can guarantee that the magnetic tape will survive for 30 years, we also have to preserve the playback mechanism, spare parts for the playback mechanism, and software that can interpret the digital format. It begins to look as if preserving movies on physical film is a better bet than preserving them on digital tape!

However, digital tape is decreasingly used for archive. My own computer science department now keeps its archive on permanently spinning media. By using disc, and by continually upgrading and updating the disc store, we are able to guarantee storage in perpetuity. That is, we can guarantee permanent storage for as long as the electricity supply continues and for as long as we can afford to buy those upgrades and updates to the disc store. And, of course, we also have to maintain software that can read the archived formats.

So, the take-home message is that we can preserve movies for a very long time, provided we can continue to pump electricity into the air conditioning units in our film stores and into the disc drives in our digital stores. Should the electricity ever fail for a significant period of time, all that posterity will have is a large pile of decaying plastic and a lot of highly refined scrap metal.